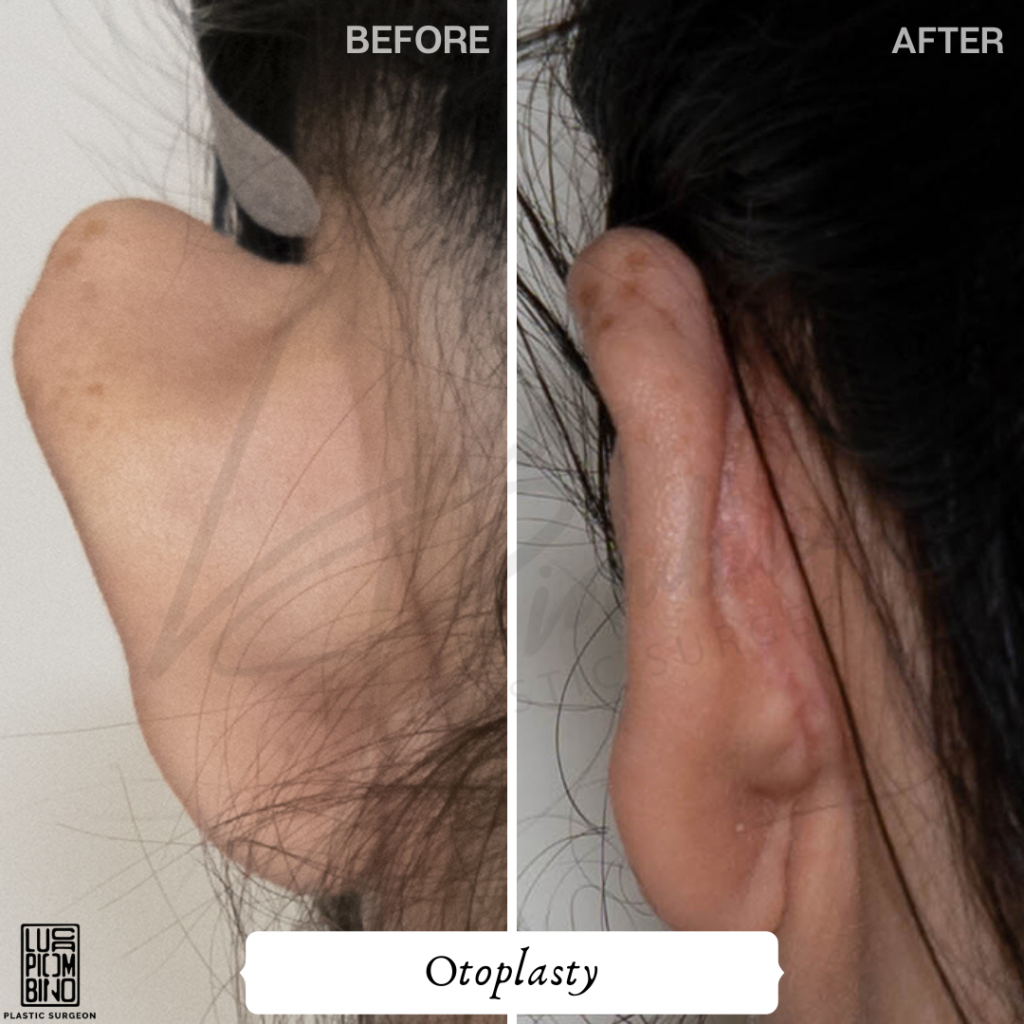 Otoplasty is an ear plastic surgery procedure aimed at correcting imperfections of the ear cups in order to make the face more proportionate.

Ears that are "floppy," dysmorphic, too prominent or asymmetrical with each other affect the overall harmony of the face, and thanks to otoplasty it is possible to change their shape, attachment or size.

It is an operation advisable at a pediatric age-it can be performed as early as 5-6 years old-because of the obvious benefits on self-esteem that corrective surgery would provide at a young age, but still feasible even in adulthood.

Ear surgery is an operation with no impact on hearing which can quickly correct a defect that often causes discomfort and embarrassment in patients.

The most common imperfection is "floppy" ears, a congenital malformation that depends on the overdevelopment of the ear concha and can sometimes affect only one side. Depending on the needs of the patient, one can operate on only one ear or use different surgical techniques on both.

Only through a thorough examination will the plastic surgeon be able to determine the baseline situation and evaluate possible variations, often minimal, of corrective surgery based on the patient's anatomical features, considering the shape of the auricle and the general condition of the face.

The surgeon will also evaluate the most appropriate technique to achieve the best result.

Otoplasty is a relatively simple operation with few preoperative steps that can be performed in two ways: through the Dieffenbach technique or through the direct approach.

Dieffenbach's technique involves sewing the cartilage of the auricular concha to the membrane over the bone of the mastoid region to close the auriculomastoid dihedral angle. The incision is made in the retroauricular sulcus, behind the ear then, to proceed with disconnecting the skin from the underlying tissue, cutting the excess cartilage and suturing it to the periosteum of thetemporal region. It is an easy technique to perform and fairly quick, but with a frequent risk of recurrence.

In contrast, the direct approach is done directly on the cartilaginous skeleton of the auricle.

The incision in this case is at one of the grooves of the auricle, to then proceed with the maneuver of dememorization of the elastic fibers, through micro-incisions that break up the cartilage, and with remodeling of the auricle skeleton. Excess parts are cut off and the shape of the ear reconstructed through nonresorbable sutures. This technique is more complex to perform but provides a longer-lasting result.

Otoplasty surgery is performed under local anesthesia with sedation and lasts about one hour.

Due to the effect of sedation, the patient does not experience pain during the procedure or in the immediate postoperative period.

Discharge is usually within the same day, a few hours after surgery. Normal daily activities can be resumed after three days while for sport activity it is advisable to wait about 30 days after ear surgery.

In the case of direct approach otoplasty, special care should be taken to not touch or hit the earcup for about two months so that the elastic fibers can consolidate properly and the cartilage can maintain its new shape.

Scars in case of otoplasty with Dieffenbach's technique follow the retroauricular groove while with the direct approach they are in the grooves of the auricle. During the initial stage they may be hyper pigmented and noticeable but with the time tends to disappear.

The success of the surgery depends on several factors, such as the healing capacity of the patient and the compliance with postoperative precautions, but the result of otoplasty is visible from the early postoperative days and is intended to last over time.

For more information about otoplasty in Rome and the cost of otoplasty, contact me on Whatsapp for a consultation at one of my offices also present in Milan, Caserta or Den Haag (NL).

Richiedi una Consulenza
Articoli recenti
What surgery can be used to eliminate eye bags or dark circles?
What is symmastia and how to correct it
Face Contouring: rejuvenating the face without a scalpel